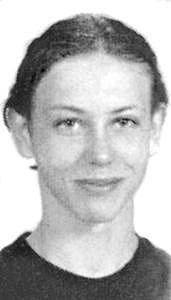 A 20-year-old Wasilla man was dead after he and a cousin lost their way and spent two nights without shelter in the Talkeetna Mountains above Palmer, authorities said Monday night.

The names of the man and his 19-year-old cousin were not released because the agencies involved had not confirmed their identities, said the Alaska State Troopers, who recovered the body, and rangers with Alaska State Parks, who participated in the search.

The chief of the Palmer ambulance corps declined to release the name of the survivor, citing patient confidentiality.

"It was obvious exposure," Stice said.

Troopers said they were not notified that the men were missing until about 24 hours after they became overdue, they said.

The cousins were part of party of four people, three men and a woman, who hiked to the Lane Hut at the head of Archangel Valley in the Hatcher Pass area Saturday, said Dennis Heikes, the Mat-Su Area superintendent for state parks.

The cousins decided they would climb a mountain, Heikes said. The others watched them reach a skyline ridge. But the cousins did not return when expected.

The two others left. Later Saturday, the woman returned to the hut. Still the cousins had not returned, Heikes said. The woman stayed until the early hours Sunday, then hiked out.

The surviving cousin, who was examined by ambulance personnel at the Gold Mint trail head and released, told searchers that he and his cousin had lost their orientation in the mountains and walked down a slope in the wrong direction, according to Heikes.

They wound up in Peters Creek heading toward Willow, he said.

"It was a completely different direction than what they thought," Heikes said. "The story I heard is that they spent Saturday night in the rain, huddled together, with no shelter."

They were not dressed for the cold and the rain, he said.

The surviving cousin was found by the troopers' helicopter five miles down the Peters Creek valley, Heikes said.

Troopers spokesman Greg Wilkinson said, "They took him back to where his cousin was, and that's where they found the body."

Daily News reporter Peter Porco can be reached at pporco@adn.com or 257-4582.

WASILLA -- Richard Kelley awoke Monday morning to find his 20-year-old cousin, Hezekiah Kelley, cold and still. It was the second rain-soaked night the two had spent outside, lost and wandering the rugged backcountry of the Talkeetna Mountains.

The slightly built 19-year-old in baggy cotton clothes remembered his father's advice: If you get lost, follow a stream until you hit a road.

That's why he was miles down Peters Creek -- at least 12 miles from the hut where the cousins started a quick hike Saturday -- when state parks ranger Kym Miller spotted him from the helicopter that probably saved his life.

The Kelleys' story illustrates the skills of scores of rescuers involved. But it also shows just how wrong things can go -- and how fast -- for people ill-prepared to deal with the fickle terrain and weather of Alaska's wilderness, even at the height of summer.

Neither Richard nor Hezekiah, both of Wasilla, carried rain protection or food. No compass. No map. They wore tennis shoes, not boots. One wore jeans and one wore cotton pants -- clothes that can get soaked, then provide more chill than warmth.

The 17-year-old girl who watched the cousins disappear over a ridge Saturday afternoon didn't report them missing until Sunday evening. Ultimately, the Kelleys were out for nearly 30 hours in fairly constant rain and clouds before the rescue got under way, several search participants said.

By then, hypothermia had likely set in, especially for Hezekiah.

"They were completely soaked," said Alaska state troopers Sgt. Craig Allen of Palmer, who helped recover the body Monday from a boulder field above Peters Creek. "You don't need freezing temperatures to have hypothermia," he said. "It's a deadly environment -- even though it seems like it's summertime everywhere else."

Kelley family members, as well as the girl who reported the cousins missing, could not be reached Tuesday.

Richard Kelley told his story Monday afternoon to ranger Miller as they flew the high reaches of Peters Creek, looking for the gap on a snowy boulder field where his cousin's body lay.

The whole thing started Friday night when the cousins, with a male friend and Hezekiah's 17-year-old girlfriend, made the easy 1.5-mile hike to the Lane Hut at the end of Archangel Road, according to interviews with state parks officials and troopers.

The group slept in. Around 2:30 p.m., the cousins announced they planned to "climb a mountain" nearby. Hezekiah's girlfriend watched them disappear around a ridge.

Richard said the two climbed to the top of a nearby peak and started playing in the snow. Then they got distracted. Somehow, they ended up descending about 2,000 feet to Purches Creek, on the Willow side of the ridge.

At some point, Richard told the ranger, they realized they couldn't see the hut any more and knew they had gone the wrong way.

Searchers later spotted tracks from a high ridge above the hut: one person slid down, the other stepped. The tracks led to a big hole in boulders jumbled on a slope below, a sun-melted spot in front of one big rock. That's where the cousins spent their first night.

Meanwhile, the two people with the Kelleys slept at the cabin. The girl wondered when they didn't come back Saturday night, but later told Miller "those guys have played tricks and disappeared on her before."

Sunday morning, the girl drove the male friend into Palmer for church. She came back to the hut and spent the day yelling for the cousins.

That day, the Kelleys decided to cross Purches Creek heading north and go uphill into the Peters Creek drainage, thinking that was the Archangel Valley they had come from. They spent the day chilled and wandering, climbing steep passes only to realize they were still off track. Clouds sometimes obscured all vision, at times reaching the ground, other times clearing.

Rescuers descended on Hatcher Pass. Volunteers from the Alaska Mountain Rescue Group and Alaska Search and Rescue Dogs joined the troopers and state parks staff. Several troopers searched the ground on all-terrain vehicles, and the air from a helicopter and a Piper Super Cub.

Sunday night, the search focused on the area around the hut.

As rescuers tromped through pouring rain, the cousins huddled together miles away, high above Peters Creek in a "cave" beneath car-sized boulders. Water dribbled into the opening. Snow covered the floor.

Monday morning, Hezekiah was dead. Richard started to walk out.

Miller somehow spotted Richard from a troopers helicopter piloted by Mel Nading headed down Peters Creek to pick up a volunteer dog team. The ranger, a veteran mountaineer and pilot, wasn't looking for Richard. But she glimpsed a flash of blue on ground that should have been brown.

Nading brought the helicopter near the ground, but there was no place to land. As the pilot hovered just above the ground, Miller stepped onto a skid, then jumped down. She helped Richard climb into the helicopter.

The ranger and pilot probably saved Richard's life -- frail, hungry and rattled, he wouldn't have survived another night out, Miller said.

The helicopter made a second trip to recover Hezekiah's body.

"They didn't realize how serious the mountains can become so quickly," Miller said by phone Tuesday, back in her office at Finger Lake. "They just struck me as being very young ... and unfortunate."

Reporter Zaz Hollander can be reached at the Daily News Wasilla office at zhollander@adn.com or 1-907-352-6711.